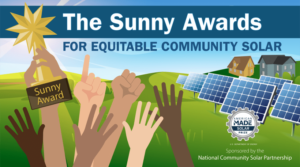 We’re excited to announce that the Hummingbird Community Solar project has been announced as a finalist for a SUNNY AWARD!

A big thankyou to our staff member Zachery Miller who led the application effort.

NEXT STEP – THE GRAND PRIZE???

Finalists compete for five Sunny Grand Prize Awards for Equitable Community Solar. Up to five projects or programs that demonstrate significant achievement in delivering meaningful benefits across multiple categories will be selected as Sunny Grand Prize Award winners and will be eligible to receive $10,000 in prize money.  Grand Prize winners will be announced on January 16th at the National Community Solar Partnership (NCSP) Summit in San Diego California.

Thank you for your support these last three years!

All my best,  Mason Rolph

An excerpt from our Sunny Award Submission:

In fall 2019, after the defeat of a climate related ballot initiative by fossil fuel interests, a small group
of climate activists in Olympia Washington decided to take local action to address climate change.

Frustrated by local, state, and federal inaction to address the climate crisis, the group investigated
solutions that could reduce emissions while lifting up vulnerable community members.
After identifying a site for the project and securing support from the local municipality, the group
founded a nonprofit organization, Olympia Community Solar, to sponsor the solar project. The team
solicited solar proposals from local contractors, developed a community funding model, and opened
enrollment for the 117 kW Hummingbird Community Solar Project in April of 2020.

The project’s name “Hummingbird” was inspired by a story told by Wangari Maathai, a Kenyan
social, environmental, and political activist. The story describes a terrible fire that broke out in a
forest. Frightened, all the animals fled their homes and ran from the forest. As they came to safety at
the edge of a stream, they stopped to watch the fire and they were feeling very discouraged and
powerless. They were all bemoaning the destruction of their homes when a little hummingbird flew
out of the woods. It swooped into the stream and picked up a drop of water and flew away to put it
on the fire. The other animals watched in disbelief and one asked “What are you doing?” And the
hummingbird looked back and said, “I am doing what I can.”

The solar project is named Hummingbird because it created opportunities for people to participate in
local, tangible climate action.

The main goals of this project are to: 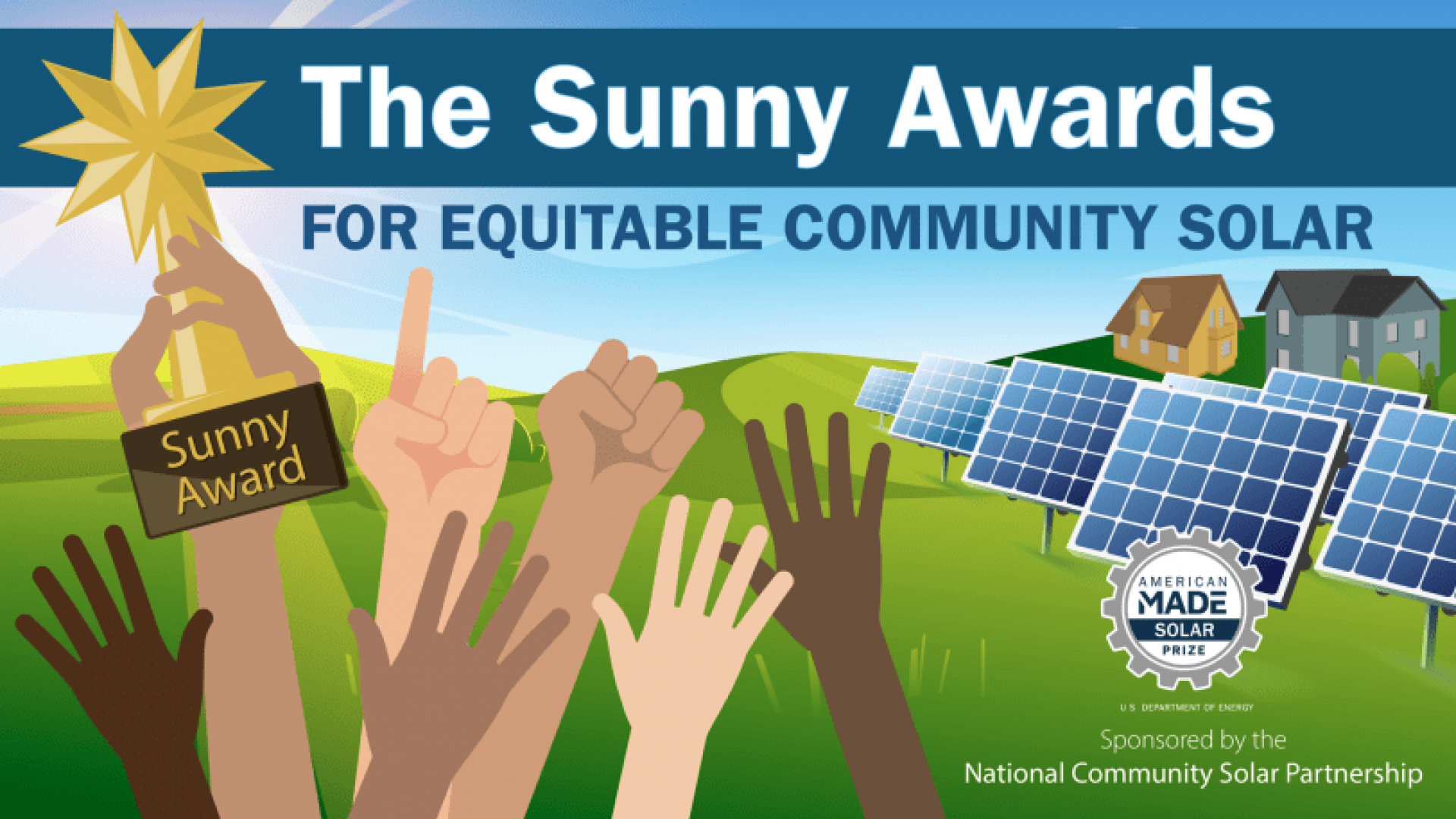