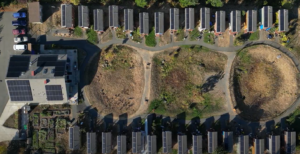 November 18th, 2022– Olympia, WA –– Quixote Communities and Olympia Community Solar are inviting everyone to a special ribbon cutting ceremony marking the completion of the Quixote Village Solar Project. Construction of the solar array on Quixote Village’s 30 tiny homes and community building was completed on August 20th. Come by the courtyard steps in the back at 11am to hear from a handful of project partners and Quixote residents followed by a ribbon cutting ceremony to mark the beginning of the project going online! A light reception will take place afterwards.

As an integral community resource for the unhoused in Olympia, Quixote Village is an ideal

each of the thirty tiny homes and 86 panels on the community building (206 total). South Sound

“We are extremely excited to go solar at Quixote Village. We are grateful for our partners and

funders for making this possible. This will not only reduce our carbon footprint, but the cost

savings will let us focus more on providing services to our residents.” stated Quixote Village

The installation will reduce the village’s energy bill, saving more than $551,000 over the next

Project funding came from The City of Olympia, Puget Sound Energy, the Squaxin Island Tribe, and the Tides Foundation. “The Quixote Village solar project is an example of how solar energy may be leveraged as a powerful tool for equity. Solar energy is not only a climate solution, it is a vehicle for economic justice” stated Olympia Community Solar President Mason Rolph.

On August 2nd the Village hosted Congresswoman Marilyn Strickland for a solar project tour and got a chance to hear from partners and residents directly about how remarkable it is for these community members to produce their own energy.  “The Quixote Village and Olympia Community Solar partnership will increase equitable access to cleaner and more affordable energy sources,” said Congresswoman Marilyn Strickland (WA-10). “That’s why I was proud to support the Bipartisan Infrastructure Law, and other legislation that will further support clean energy investments across the South Sound.”

ABOUT QUIXOTE VILLAGE: Quixote Communities is a 501c3 nonprofit organization

incorporated under the name Panza. Its mission is to provide permanent supportive housing for

villages that foster community, encourage personal growth, and promote access to care and

services. It currently owns and operates Quixote Village in Olympia, which opened in 2013, and

the Orting Veterans Village, which opened in 2021.They are currently working on the Shelton

Veterans Village, slated to open in 2023. Learn more at www.quixotecommunities.org

ABOUT OLYMPIA COMMUNITY SOLAR: The mission at Olympia Community Solar, a nonprofit

organization, is to steward an equitable and accessible transition to clean energy through

ABOUT SOUTH SOUND SOLAR: South Sound Solar has been installing residential and

commercial solar systems for over 14 years, primarily focused in the six-county area of

Thurston, Mason, Lewis, Grays Harbor, Pierce and Kitsap. They are a Tier 1 installer in the PSE

Industries Association. They are well known for their community contributions and dedication to 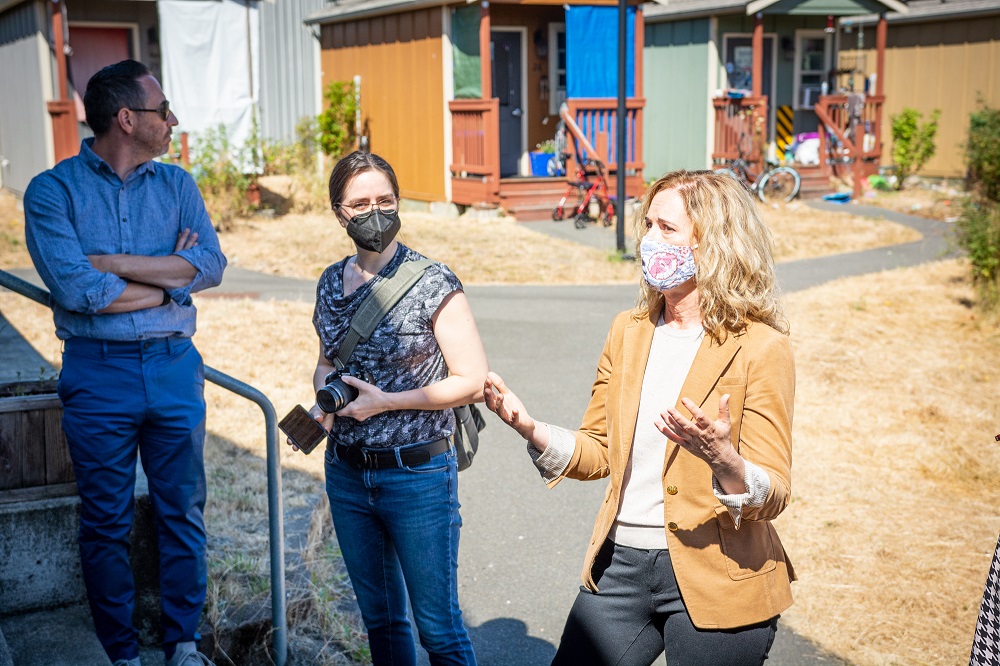 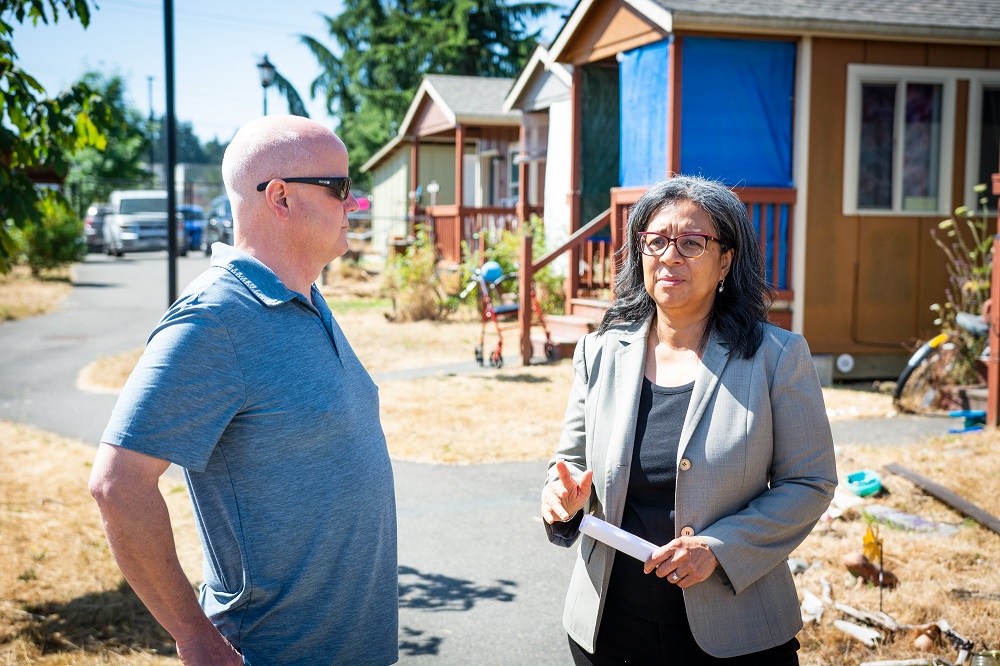 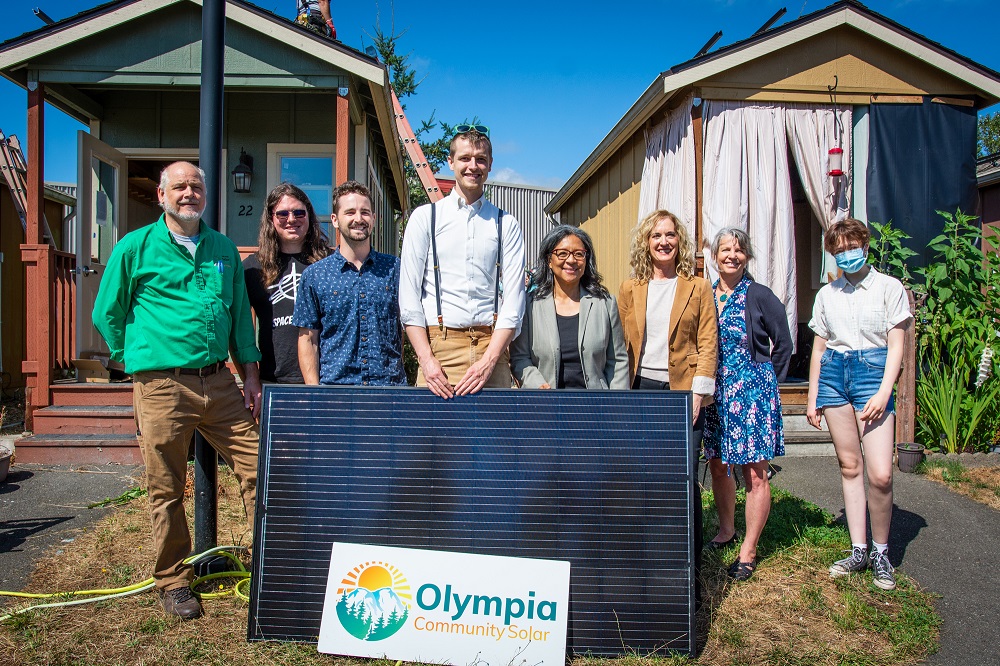 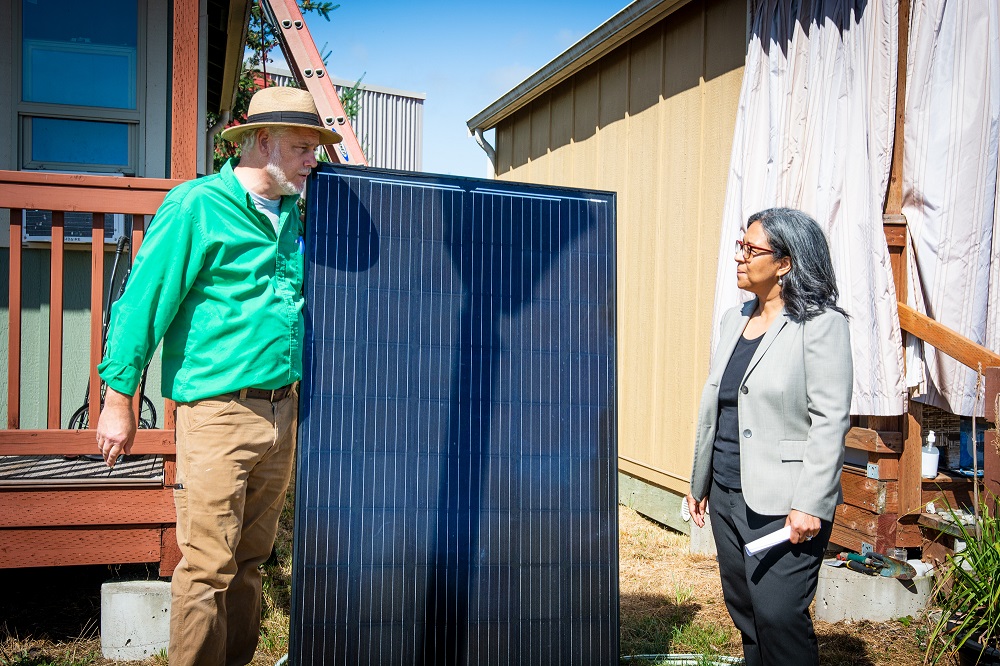 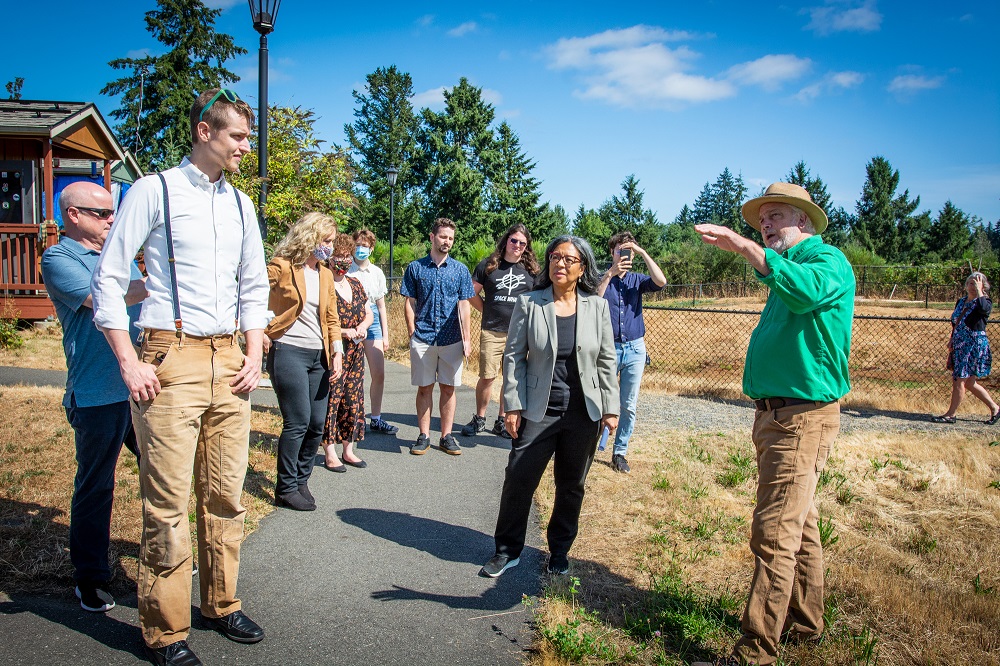 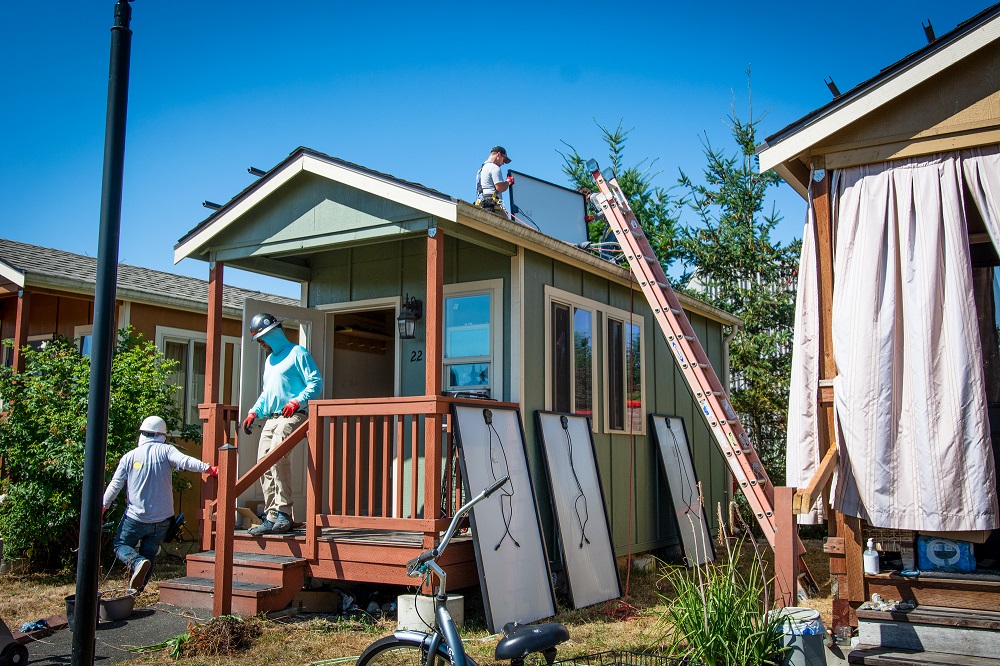 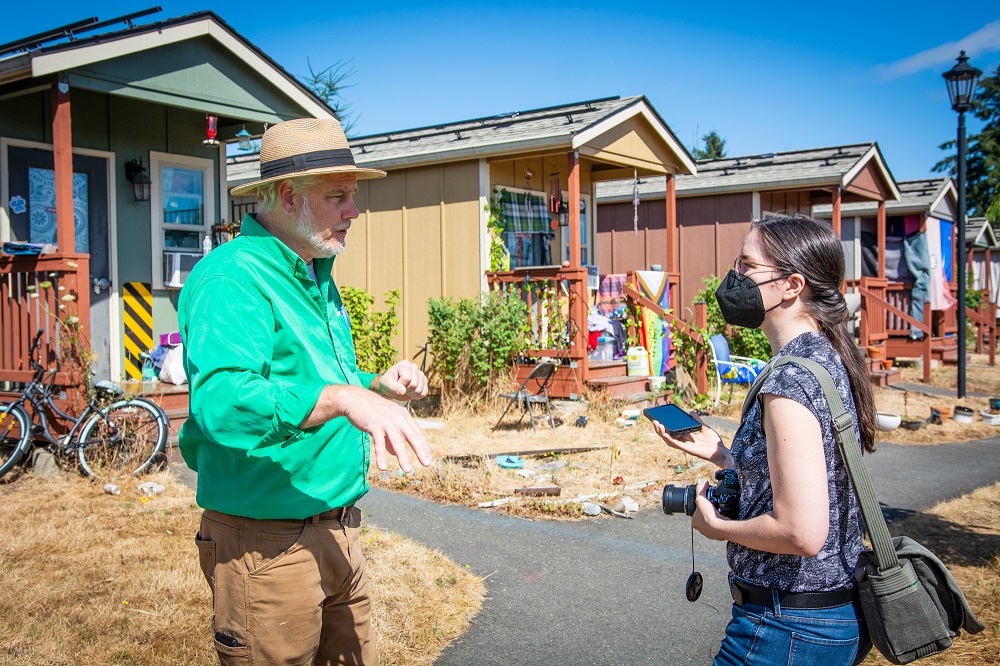 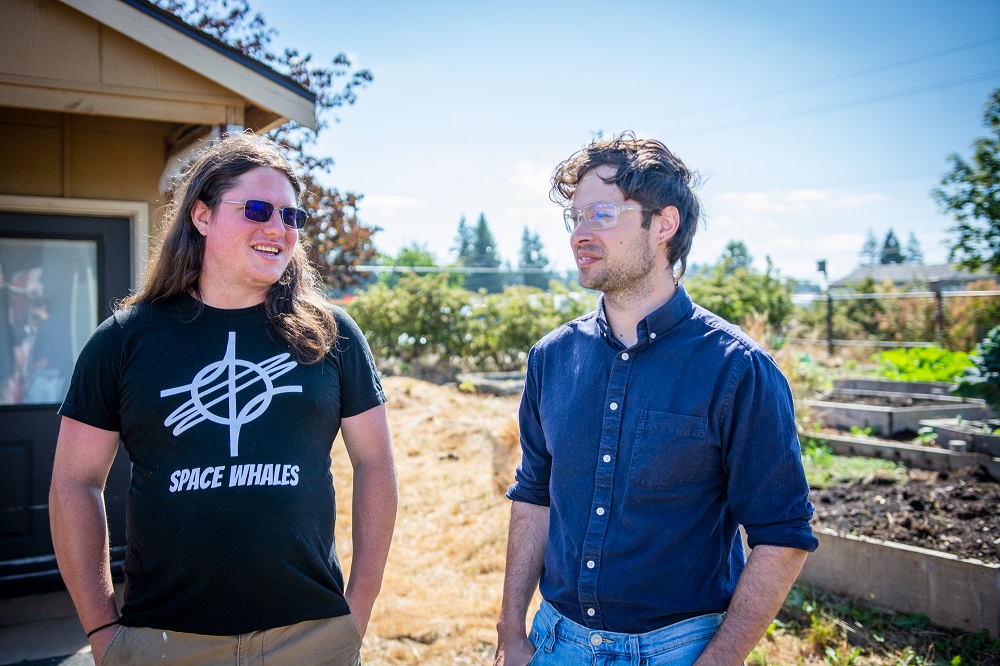 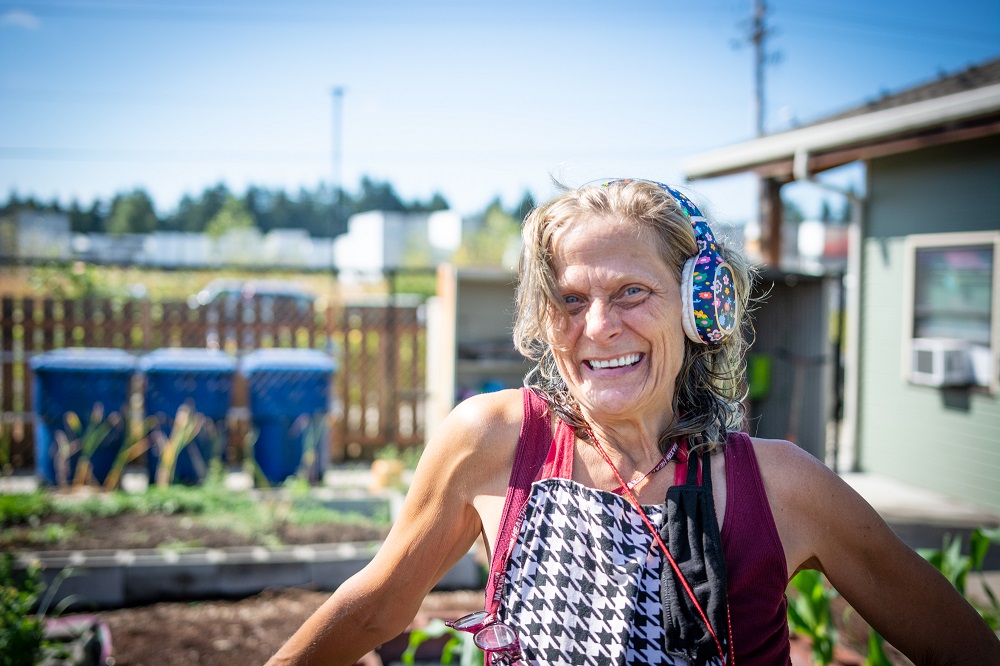 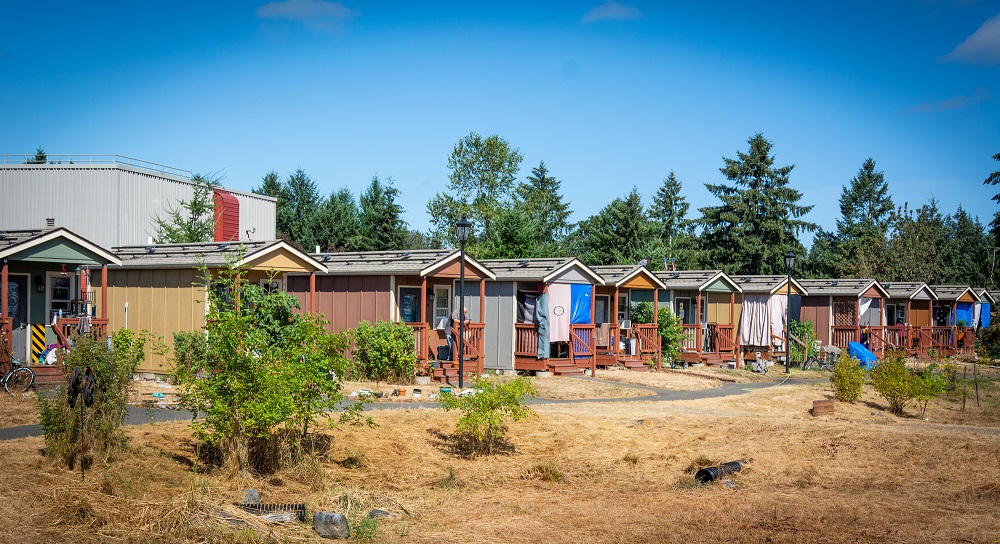 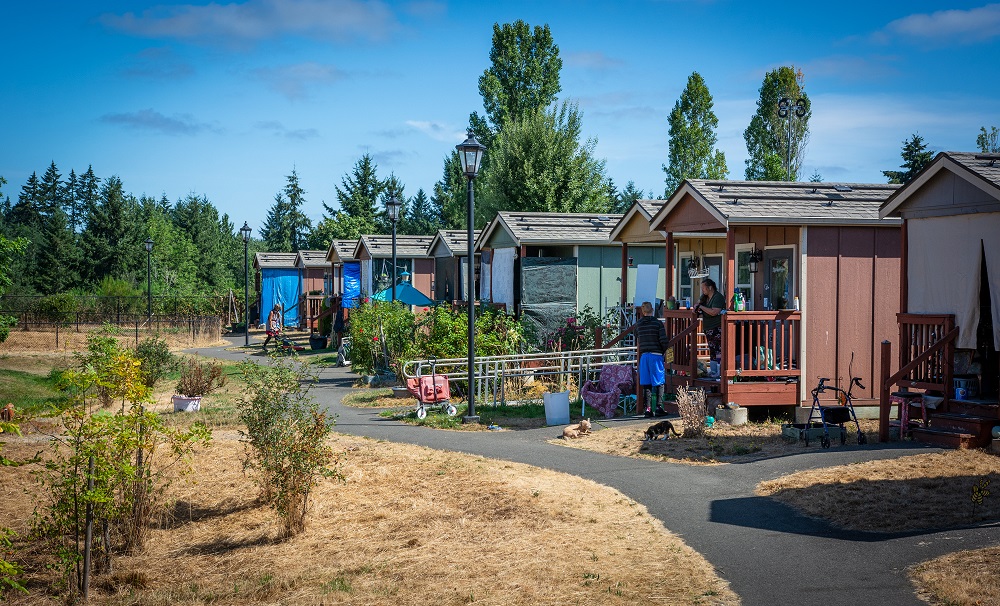 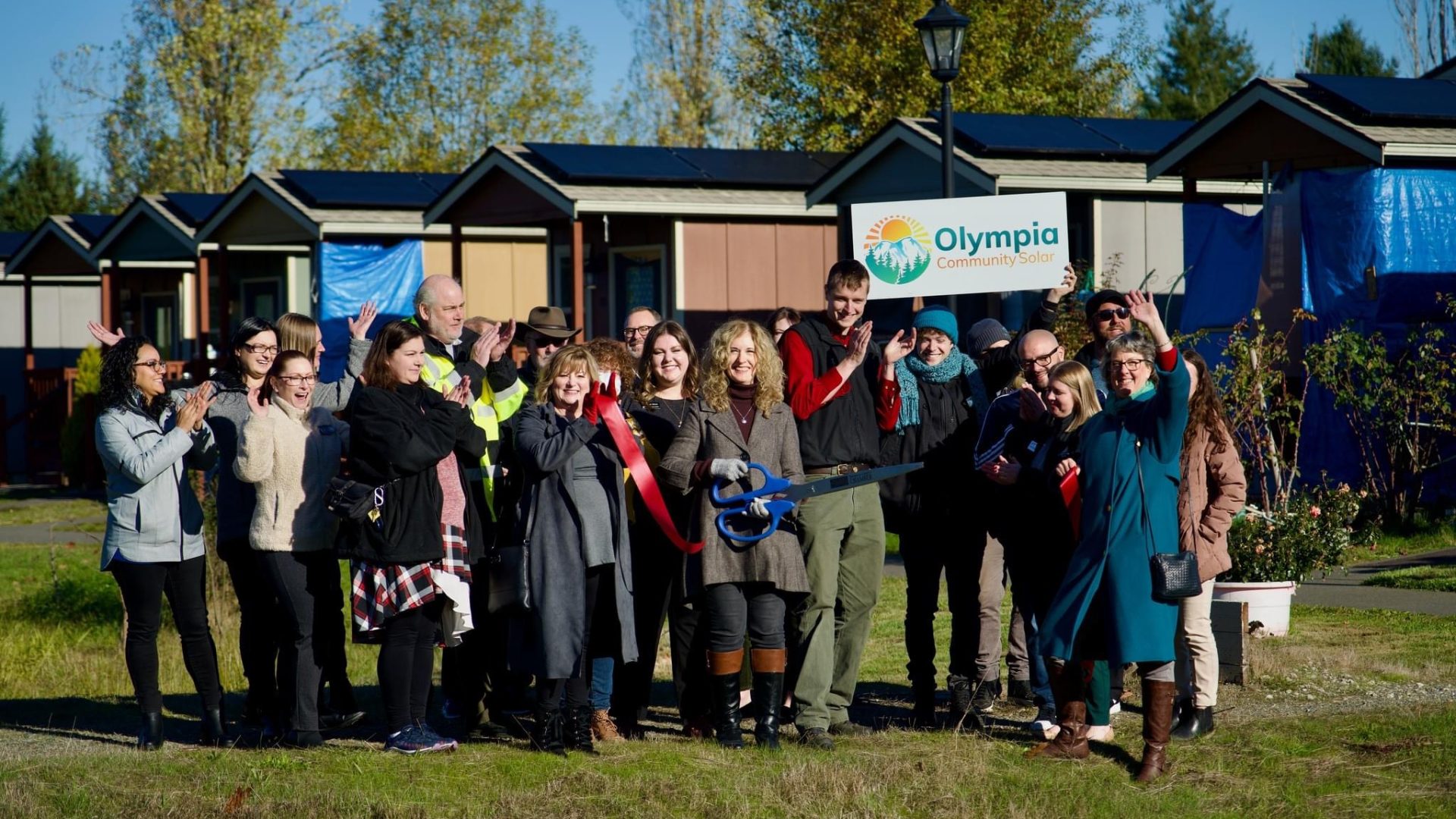